Recently, in my MFA program, I took a magical realism literature course where I was required to read One Hundred Years of Solitude by Gabriel Garcia Marquez. I had never read anything by Marquez, although he has been on my to-read list for quite some time. I found that reading this book was an absolutely magical experience and I’m so glad that I finally had a chance to explore this great author’s work. 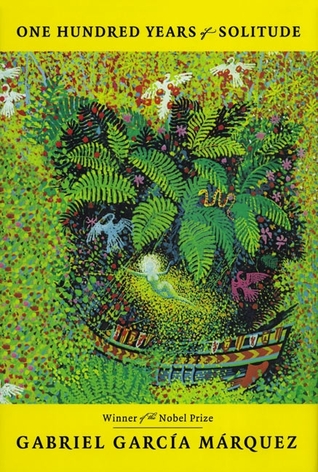 Magical Realism is an interesting genre. It’s very prevalent in South American literature, although it pops up in a lot of cultures. The trademark of magical realism is in its own name: it is realistic (often literary) fiction that focuses on the real world, however it contains elements of magic. It often has a feeling of folklore and fable which makes it seem almost timeless. Other notable works of magical realism are The House of the Spirits by Isabel Allende, Kafka on the Shore by Haruki Murakami, and Midnight’s Children by Salman Rushdie.

One Hundred Years of Solitude takes place in the fictional land of Macondo, a place colonized by weary travelers who decide to stay and create their own haven. However, as time goes by, this seemingly perfect paradise becomes corrupted by the encroaching world around it. Macondo acts as a sort of “Garden of Eden” and there are many Biblical allusions in this book, another staple of South American literature. The large cast of characters intersect in their parable-like stories that show different forms of frailty in human nature. Peppered with visits by a God-like character who seems to know everything before it happens, this is a truly magical tale of humanity, magic, and the circle of life and culture. I definitely recommend it!